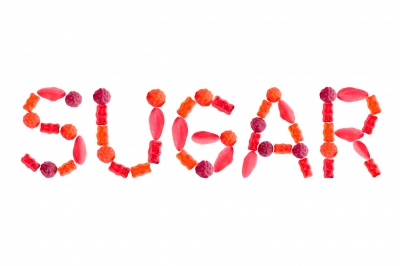 As pressure mounts for people to cut down on the amount of sugar they have in their diet it comes as welcome news to hear that Kellogg’s are doing their part. Since the beginning of this year Coco Pops have contained 14% less sugar, other items in the branding range such as Frosties have also had a 30% reduction in the sugar content. The Original Wheats range continues to have no added sugar.

More information about sugary cereals and naming and shaming those with the highest sugar content is here.

Why is cutting down sugar so important?

Public Health England has challenged businesses to cut sugar by 20% by 2020, this could lead to 200,000 tons of sugar being removed from the UK market. The problem with added sugar is that it contributes to a number of diseases, most notably tooth decay and diabetes.

What is the link between sugar and tooth decay?

We all have bacteria in our mouth, this is quite normal, as these bacteria digests their food they excrete acid and it is this acid which attacks the enamel. As the enamel attack progresses decay can set in which can ultimately lead to tooth loss if left to progress unchecked. The bacteria feed excitedly on sugar and so reducing the amount of sugar reduces the amount of acid these bacteria excrete.

Read more about why sugar is so bad for your teeth.

At the moment the 20% reduction challenge by Public Health England is voluntary however a Soft Drinks Industry Levy (SDIL), otherwise known as ‘sugar tax’  is set to begin from April 2018.

Questions about the sugar tax?

Will the price of soft drinks go up?

Not necessarily, says the government website. If producers can find ways to reduce the amount of sugar in their drinks then the amount of tax they pay will go down, possibly even to nothing at all. There is also no requirement to pass on this tax to consumers.

What drinks will have the sugar tax?

Any drinks which have added sugar and sugar content over 5g/100ml will incur a tax. The tax is banded and will increase with more sugar, currently this will increase at 8g/100ml. Any drink which does not contain added sugar will not be taxed such as fruit drinks.

As you can see, the government is doing its part to reduce sugar, producers are doing their part… You doing yours also?

Millions of Brits are only cleaning three quarters of their teeth, a study has found.

Despite the average adult spending the recommended two minutes cleaning their teeth, almost half admit they are often missing out at least a quarter of their pearly whites.

One in twenty even admitted to only getting the brush on half of their teeth – leaving the other half covered in the day’s acid, plaque and debris.

It also emerged less than half (48 per cent) of people see their dentist at least twice a year, with more than one in ten only making an appointment when they have a problem.

A shocking one in twenty NEVER see their dentist.

The study was commissioned by a consortium of dentists behind Brushlink, the first smartphone ‘tooth brushing tracker’ which coaches people on how to clean their teeth and gives them a score out of 100.

Dr Dev Patel, founder of Brushlink said: “As a practising dentist, I have always been shocked by the lack of feedback between patient and dentist.

“We have always had to rely on what we see inside the mouth every six months rather than having any reliable data about how people are brushing.

“I invented Brushlink to plug this gap by providing coaching to patients but also accurate monitoring of everything they are doing with their toothbrush between dentist visits.”

The study of more than 2,000 adults found the younger generation are most likely to miss teeth when brushing, with just three in ten 18-34-year-olds saying they cover all of them.

It also emerged more than six in ten adults have never been shown how to brush their teeth properly.

And just one in ten parents supervise their children brushing their teeth twice a day.

Almost a fifth of mums and dads admitted their kids occasionally lie about brushing their teeth by pretending to have done it when they haven’t.

Another 12 per cent even said their children have tricked them into thinking they have cleaned their teeth by doing things such as wetting the brush head to make it look like it has been used.

Thorough tooth brushing is recognised as the foundation of good oral health regimes, and an effective way to avoid tooth decay and gum disease.

But almost a quarter of adults say someone in their household has had dental problems which they believe could have been prevented by better brushing.

Each week, more than 1 million patients in the UK use NHS dental services – many of them seeking treatment for dental disease, the consequences of which costs the NHS a huge £3.4bn a year.

Professor Elizabeth Kay MBE, Foundation Dean Peninsula Dental School, Oral Health Topic Expert for NICE and a Brushlink Scientific Committee member, added: “This survey has revealed some intriguing insights into our oral health regimes and patients’ relationships with the dental health professionals who care for them.

“There is no substitute for good tooth brushing practices when it comes to maintaining a healthy mouth, yet it would appear from the survey that there is a lot more that we can all do to achieve this effectively.

“The fact that this survey is in association with the launch of a new dental care product – and one which I think is the most amazing oral health product that I have seen in a long time – should encourage people to takes its findings seriously, as it has been commissioned by a group of dentists who are passionate about improving the oral health of the nation.”